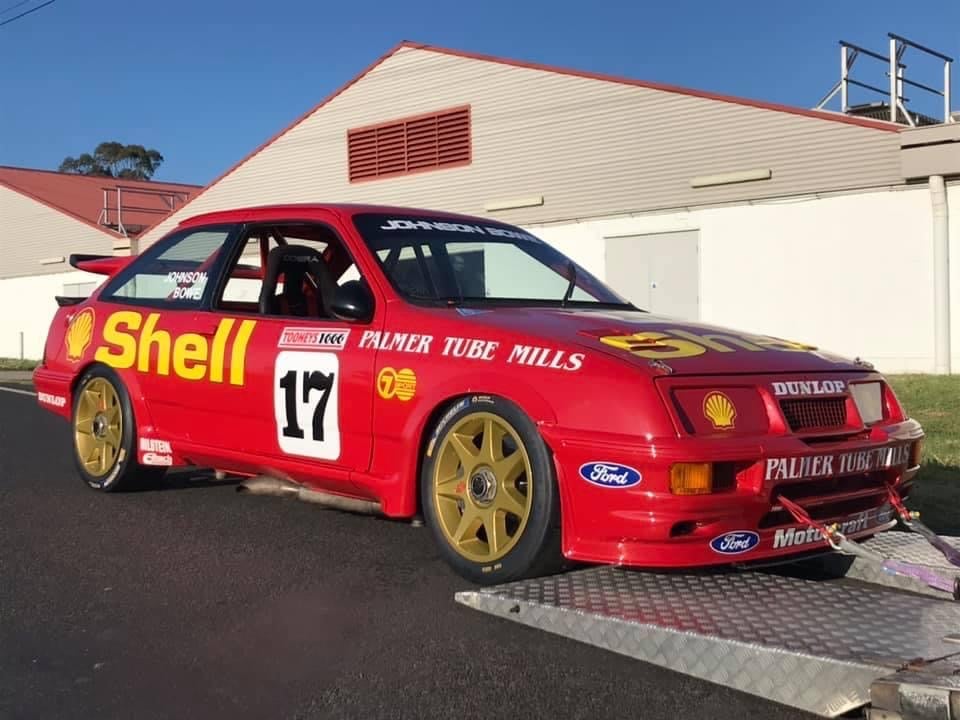 A big welcome to Lance Coupland who is a new member of Archibalds Historic Touring Cars.

Lance is the managing Director of Coupland’s Bakeries. He is a touring car enthusiast and has recently bought himself a “Sierra on Steroids”. That is the genuine DJR #6.

Dick Johnson Racing car number 6 was the last Sierra RS500 built by Dick Johnson. This car was built to take on the might of the four wheel drive Nissen R32 GTR. Dick Johnson earlier had proved that he had built the worlds fastest Ford Sierras when he raced them in Europe against the Eggenburger Sierras and bet them.

The car was campaigned back in 1990, 1991 and 1992 seasons by either Dick Johnson or John Bowe with many podium finishes.

The car also won the New Zealand 1992 Nissan Mobil series with a second place in the Wellington street race and a 3rd place a Pukekohe driven by Paul Radisich and Michael Preston. 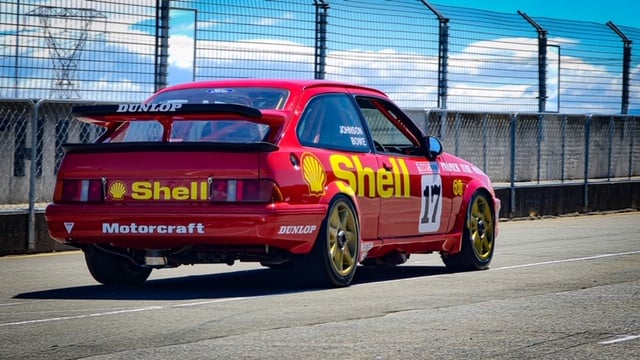 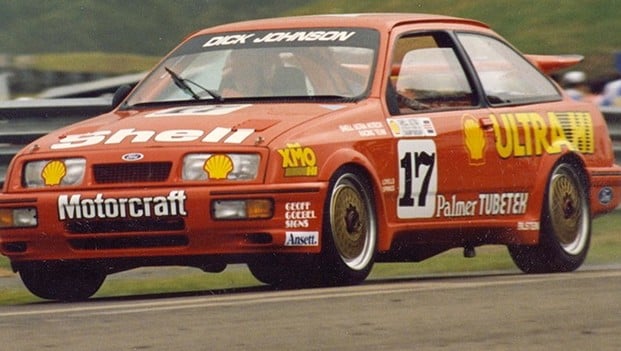 When Group A came to an end in 1992 the car was sold to Western Australia. In 2015 Chris Stilwell purchased the car and gave it a full race prep and restoration, ran it at Australian Heritage Touring car events.

In 2018 the car was sold to Terry Lawlor who continued to campaign the car at Australian Heritage Touring car events. It currently holds the lap record for a Group A car at Mt Panorama Bathurst for the heritage class, having won the series in 2019.

The car was purchased this year by Lance and will be driven at Skope Classic 2021 by Greg Murphy.